On this half-day boat tour from Split to the Blue Lagoon and the town of Trogir, you will enjoy a hassle-free cruise to the remote Blue Lagoon for a refreshing swim or snorkel in its clear waters, then head to the charming UNESCO-protected town of Trogir to discover its beauty and architecture. 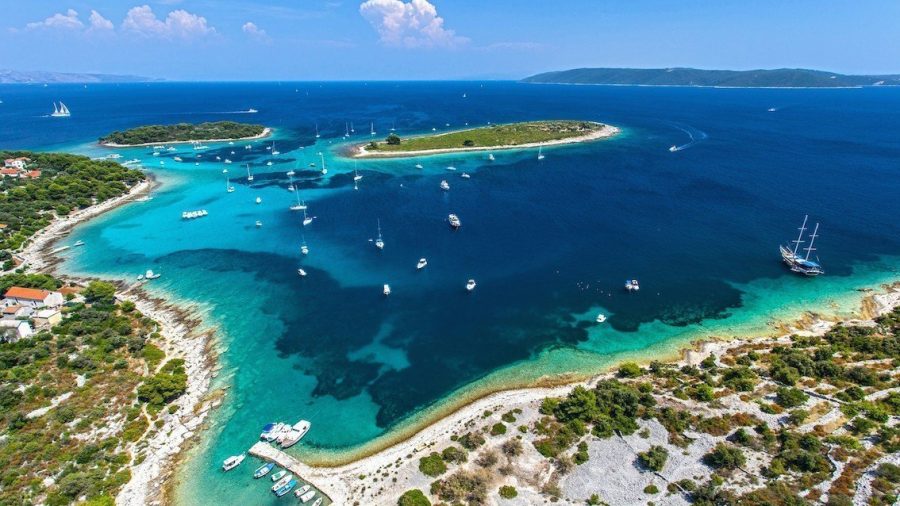 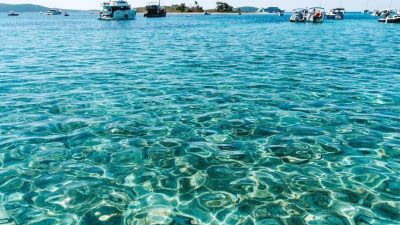 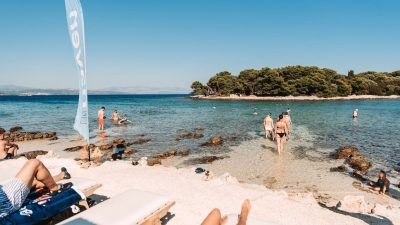 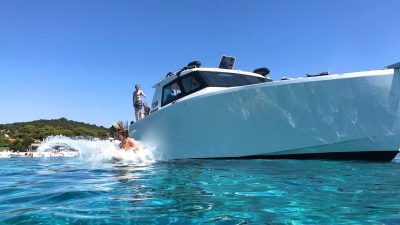 Escape the bustle of the city for a day and widen your perspective of the Adriatic coastline on this half-day boat tour from Split to the Blue Lagoon and the town of Trogir. Enjoy a hassle-free cruise to the remote Blue Lagoon for a refreshing swim or snorkel in its clear waters, then head to the charming UNESCO-protected town of Trogir and discover its beauty and architecture while strolling around old stone streets or drinking coffee on the waterfront.

Tour program of the boat trip to Trogir and Blue Lagoon:

Dalmatia - General information and what to see

Dalmatia is a strip of land on the Adriatic Sea, in the southern part of Croatia, bordering the Balkan mountains. The name Dalmatia derives from the ancient Dalmatian people which in turn derives from the Illyrian “delme” or “sheep”. Dalmatia stretches for more than 6000 kilometres of coastal tourist towns and over 750 between islands, islets and reefs parallel to the coast. The climate of Dalmatia is mild and the sea has spectacular colours and the morphology of the area contributes to the creation of gulfs and bays that are at least worth a visit. In particular, Central Dalmatia is full of well-known Croatian tourist destinations such as the islands of Hvar and Brac, Solto, Ciovo and Trogir. If you are close to Split, then immerse yourself in the beauty of the Croatian landscape and sea and choose a boat tour to the magnificent Blue Lagoon and the extraordinary city of Trogir: you will be enchanted.

The Blue Lagoon of the Krknjaši islands

One of the most famous places near Split in Croatia is the Blue Lagoon in Krknjaši cove. Once you reach the archipelago and its natural beauty, you will be immersed in the unspoilt beauty and among the most crystal clear waters of the whole region. The bay of Krknjaši, or blue lagoon, is a piece of sea with a deep turquoise colour, characterised by beautiful pebble beaches and sandy seabed like in the tropics. Here you won’t find mass tourism, but luxurious boats that love sailing and swimming in these extraordinary waters.

If you are in Croatia and want to know what to visit, then Trogir is a destination not to be missed. Trogir, in fact, is a medieval pearl enclosed in a small island connected to the mainland and the island of Ciovo. In Trogir you will find a treasure trove of art and history, an open-air museum with its UNESCO-protected sites, historic centre and century-old buildings. Trogir, also known as Traù, derives from the Greek word Tragos meaning “goat”. Over time the city of Trogir has experienced various dominations, from the ancient Greeks, passing through the Romans, then the Slavs, Croats, Hungarians, until the Venetian rule, passing to Croatia after the Austrian and French governments.

How to reach Trogir

Trogir is located in the heart of Dalmatia and holds more than two thousand years of history within its fascinating city walls. To reach Trogir you can choose a boat tour from nearby Split and have the right time to visit Trogir together with the beauty of the area in which this medieval treasure chest is immersed.

What to see in Trogir during the stop

Arriving by boat on the island of Trogir, you can’t help but visit its historic centre, declared a UNESCO World Heritage Site in 1997. Walk through the narrow streets overlooked by beautiful palaces of the Romanesque and Renaissance period, when Trogir was at its heyday. Enjoy the promenade and taste some typical local dishes in the middle of the history of this place: it will be a very special experience. Among the things to visit in Trogir, we recommend the splendid Cathedral of San Lorenzo, built between the thirteenth and fifteenth centuries by the Venetians. Enter through the Romanesque portal with at the sides the statues of Adam and Eve resting on typical Venetian lions. When you’re inside, take a look at the Chapel of St.John and the treasure of the cathedral which contains precious pieces and illuminated manuscripts. Another recommended stop is the imposing Kamerlengo Castle, a typical example of a medieval fortress. Admire the power of this 15th century building and imagine being part of the people of Trogir during the Middle Ages.

What does the boat tour include?

The boat tour departing from Split includes a visit to two of the most beautiful places in Dalmatia: the Blue Lagoon and the medieval islet of Trogir. You will have 2 hours to swim, sunbathe or snorkel in the beautiful crystal clear waters of Krknjaši Bay, with the equipment we provide on board. It will seem to be in another world between the spectacular colours of the sea and the gravel sand surrounded by pine trees. After that, still sailing with a professional crew, you will arrive on the islet of Trogir, a UNESCO World Heritage Site since 1997: a small pearl of history preserved in the middle of the Croatian sea. During the tour, in addition to snorkelling equipment, you will also have water and windbreakers at your disposal.

Is lunch included in the Blue Lagoon and Trogir boat tour from Split?

Lunch is not included in this tour, but you will have enough time to eat in one of the many bars or in the centre of the beautiful historic village of Trogir. You will have the opportunity, in fact, to have lunch admiring a UNESCO World Heritage Site since 1997.

How long is this boat tour to the Blue Lagoon and Trogir from Split?

This boat experience lasts around 5 hours.

On board there is the opportunity to use the restroom as well as public facilities during the stops.

Will I have some time to explore on foot?

Yes, you will have time to explore on foot both the Blue Lagoon and Trogir.

No, lunch is not included. During the stop in Trogir, you will have enough time to eat something in one of the beachfront restaurants and bars.