Join this two-hour tour on a luxurious motor boat with a small group and an expert guide and explore the famous Grand Canal with the Rialto Bridge; you will travel through the cities “sestieri” (neighborhoods), but also enjoy the quiet charm of Venetian backstreets and observe canal-side scenes of daily life. All aboard, beautiful sights ahead! 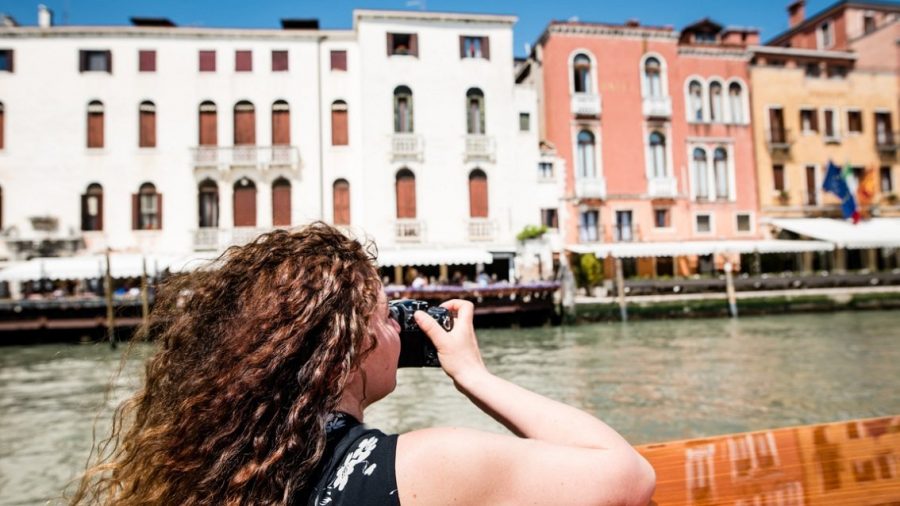 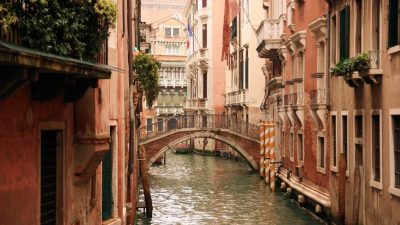 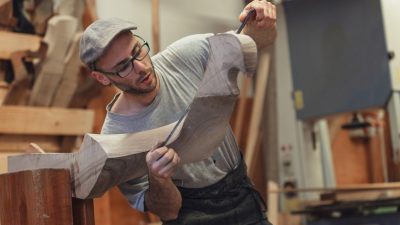 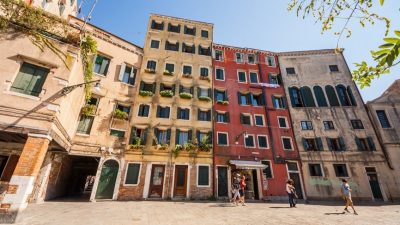 Venice was built to be seen from the water and the only way to appreciate its charm is by gliding through the narrow and picturesque streams of the town. During this two-hour tour on a luxurious motor boat with a small group and an expert guide, you will explore the famous Grand Canal with the Rialto Bridge; you will travel through the cities “sestieri” (neighborhoods), but also enjoy the quiet charm of Venetian backstreets and observe canal-side scenes of daily life. All aboard, beautiful sights ahead!

Program tour of the boat ride along the Grand Canal and neighborhoods:

*This experience requires a minimum number of 4 travellers. There is a possibility of cancellation after confirmation if there are not enough passengers to meet requirements. If so, you will be offered an alternative or full refund.

The price does not include: Hotel pick-up and drop-off.

Maximum: 8 people on board.

What are the sestieri of Venice?

The city of Venice is divided into six areas called sestieri and crossed by the Grand Canal . Each sestiere is particularly characteristic and has much of Venice’s history to tell. The six sestieri of Venice are: Dorsoduro, Cannaregio, San Polo, Santa Croce, San Marco and Castello. The most touristy sestiere is surely San Marco (St. Mark’s) with the famous Piazza San Marco (St.Mark’s square) where the Bell Tower rises, but also the Basilica of San Marco (St.Mark’s Basilica) and the Palazzo Ducale (Doge’s Palace), where you can watch the water from the Ponte dei sospiri (Bridge of Sighs) and admire the Teatro della Fenice (Phoenix Theatre). Castello is the largest sestiere in the city: here the Venice Biennale is held and you can find, for example, the Basilica of San Pietro di Castello and the Arsenal. Cannaregio is, instead, the most northern sestiere of Venice where you can see, among others, Cà d’Oro and the Jewish Ghetto. The Santa Croce sestiere, then, is the historical heart of the city of Venice where you can admire Cà Pesaro, one of the most important museums of the city; while Dorsoduro is recognised as the university sestiere. The sestiere of San Polo, finally, is the smallest but equally frequented by tourists: here is the famous and very photographed Ponte di Rialto (Rialto Bridge).

What to see along the Grand Canal in Venice?

The Grand Canal is the main waterway that crosses Venice, along which you can discover in a short time the historical and most beautiful places of the city. To begin with, admire from the water the Ponte di Rialto, the best known and among the largest in the whole city of Venice: whoever has passed through Venice has a photo of Ponte di Rialto. Fascinating is the Jewish Ghetto located along the Cannaregio sestiere, north of Venice: it is the oldest Jewish Ghetto in Europe, which is why the word Ghetto (from the Venetian geto) was born right here, in Venice, and then used all over the world. Two basilicas not to be missed during the boat trip to Venice across the Grand Canal: the Basilica of Santa Maria della Salute and the Basilica of San Pietro di Castello, both overlooking the canal. The beautiful Basilica of Santa Maria della Salute, located in the Dorsoduro sestiere, was erected as a votive offering to the Madonna when the city of Venice was afflicted by a heavy attack of the plague; while the Basilica of San Pietro di Castello, in the Castello sestiere, was the cathedral of Venice until 1807, when it was later replaced by the current Cathedral of San Marco (St. Mark’s Cathedral). Continuing the boat tour through the sestieri of Venice, you will see the ancient noble houses overlooking the water, this is because once upon a time the water connections in Venice were exclusive to the nobles. Cà d’Oro, Cà Pesaro and Cà Foscari are, in fact, some of the most beautiful and important buildings that you will encounter while sailing on the Grand Canal. Particularly fascinating is to find yourself in front of the Arsenal of Venice, the public shipyard in use until the First World War, when it was also used for war reasons. On a boat trip on the Grand Canal you will also discover another historical aspect of Venice: the Venetian fondaco. They served as warehouses for the many merchants coming from the East who were obliged to leave their goods there and, often, also to live there during their permanence in the city. The Fondaco dei Turchi and the Fondaco dei Tedeschi are certainly the most beautiful fondachi (or fondego) to see. Before leaving the Grand Canal and entering the smaller canals that guard Venice’s daily life, don’t miss the gondola construction workshops, a typical Venetian art that requires extreme knowledge and refinement.

Curiosities on the Grand Canal

Did you know that the Grand Canal was the subject of an oil on canvas by Claude Monet? The painting entitled “The Grand Canal” is one of a series of paintings that the famous painter dedicated to the city of Venice. Monet, in fact, stayed in Venice during a period considered the peak of his career. To be precise, his residence was in Palazzo Barbaro and it was from this perspective that Monet created the painting “The Grand Canal” in the early 1900s. This painting was sold at auction for $35 million and is one of the most famous paintings representing Venice.

The Ponte di Rialto (Rialto Bridge) is the best known of the bridges on the Grand Canal. As you pass underneath it on your boat ride, know that its history is very ancient. In fact it was built to allow a pedestrian connection between the two banks of the Canal, but soon became a reason for indiscriminate and abusive passage of people, so much that it was closed for a period or opened only on toll. It was created with a lever that allowed the bridge to be opened if necessary and the merchant ships to pass though. For a period of time the Ponte di Rialto was also a small commercial centre, where spices and various products were sold. Worn out by the passage and the salt, it collapsed in 1500 causing also some deaths and then it was rebuilt in stone to represent one of the major attractions of Venice.

The smaller canals of Venice

A boat tour along the Grand Canal is enough to discover many of the wonders of Venice. But it is through the smaller canals, and there are more than a hundred of them, that one enters the small waterways where the typical Venetian life takes place. During this tour by motorboat to discover Venice, you will also have the opportunity to enter some of the smaller canals of the Dorsoduro and Santa Croce sestiere to immortalise all the essence of Venice, as in a real treasure chest, away from the crowds of tourists.

How long is the Grand Canal and venice’s historical “sestieri” boat tour?

The boat tour lasts around 2 hours.

Do I have some free time to explore on foot?

Yes, you will have the possibility to explore the Jewish ghetto on foot (around 15-20 minutes) and admire its historic quarters.

Are drinks and snacks included in the boat tour?

No, drinks and snacks are not included in this boat tour.

#A SEA FULL
OF LOVE

A SEA FULL OF LOVE

You Know! will stand to fight the Covid-19 pandemic:

20% of the proceeds of all reservations made for the period between September 202o and October 2021 will be donated to the Italian Red Cross, on the front line in Covid-19 fight.
So far we have collected 600 €
To you and to all those who fight every day to protect us, we say thank you from the bottom of our hearts!

Soon we will travel again.
In the meantime, let's stay home but let’s stay together.