The Blue Cave and 5 islands boat trip from Split allows you to see a lot of the coast in only one day: you will have the chance to enter inside the famous Blue Cave, visit the fishing village of Komiža, swimming in the Blue Lagoon, explore Hvar, Vis and more. 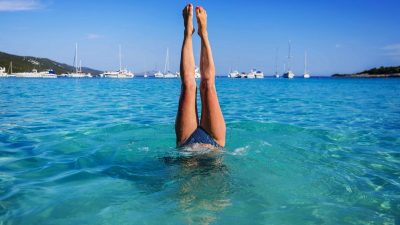 Crowned by Italians as their new Amalfi coast, the Dalmatian Riviera is full of beauty to be discovered: from vivid caves to tranquil beaches and historic towns. The Blue Cave and 5 islands boat trip from Split allows you to see a lot of the coast in only one day: you will have the chance to enter inside the famous Blue Cave, visit the fishing village of Komiža, swimming in the Blue Lagoon, explore Hvar, Vis and more.

Tour program of the boat trip to the Blue Cave and 5 islands:

In Croatia, 3.5 miles from the island of Vois, there is a cavety known for the extraordinary chromatic phenomenon that takes place inside: the Blue Cave. The Croatian Blue Grotto is located in the small bay of Balun and has been known by local fishermen since ancient times, although it was opened to the public only in 1884. In that year, in fact, an access with dynamite was made to allow small boats to enter and admire the beauty of this cave that has little to envy to the most famous Blue Grotto of Capri. There is also another opening for the Blue Cave, but it is located below the sea level, so it is not possible to access it with the boat: it is from this opening that sunlight enters and gives the cave its wonderful value colour. Only experienced boatmen who know how to manoeuvre the boat to get in and out of the artificially created strait are allowed to enter. Once inside the Blue Grotto, you will feel like you are in another, beautiful world.

The Village of Komiža

Komiža is a lovely fishing village on the Croatian coast. Its history is deeply connected to the fishing activity, in fact today in Komiža there is the Fishing Museum which exhibits nets and various tools, including the famous Falkuša. The Falkuša is a very special boat: it is made in such a way that it moves very fast and, only once it reaches its destination, it becomes a real fishing boat, removing its upper part. This boat is so symbolic for Komiža that every year on December 6th a Falkuša is set on fire in honour of its patron saint: St. Nicholas. The island of Komiža has a very special typically Mediterranean and very relaxed atmosphere: you can reach every part of the island by bike and discover its hidden bays. The island of Komiža has not always been open to visitors, which is why it is still an ecologically intact island of genuine beauty: the mild climate, narrow streets and vineyards make it a coveted destination for those who love nature and relaxation. The town of Komiža is linked to the legend of the small Renaissance church called Gusarica, located on the town beach. It is said that in the 16th century Komiža was looted by pirates who stole the painting of the Madonna. The pirate ship, however, was sunk during a storm, everyone died and the loot sank into the sea. Only the painting of the Madonna was saved and was brought back to the beach by the waves. Since then, the inhabitants of Komiža rebuilt the church, which had been set on fire by looting and called it Gusarica, which means “the pirate”.

The Blue Lagoon at Budikovac

The Blue Lagoon is located on the small island of Budikovac in Croatia; a wild and untouched place where only one person lives all year round. To reach this island you can only use private boats, in fact even today this place is protected from mass tourism. The whole island is surrounded by crystal clear waters: Croatia’s Blue Lagoon is the perfect place to snorkel and admire the pristine seascape.

The Pakleni Islands are a group of twenty islands and cliffs in front of the town of Hvar, in fact they are called “the cliffs of Hvar” by the inhabitants of the island. Most of these islands are still unexplored and untouched and, for this reason, are very fascinating especially for sailors. During the boat tour to the Pakleni Islands you will be able to admire these low, gravel-covered islands and a thick forest of pinewoods that provides them with shade. The waters of these islands are spectacular, it will not be difficult to meet some dolphins or sea turtles: the advice is to snorkel and swim in this crystal clear sea.

The bay of Palmižana

Palmižana Bay is one of the most famous places in the whole of Hvar, so it is also the most touristic. To the south of the island of Palmižana, there is a bay covered with pine trees with a transparent blue sea in the middle: welcome to Palmižana Bay. Here you can smell the scent of rosemary, heather and many other exotic plants that waterproof this place. Until the last century there was no electricity here, the inhabitants still tell of romantic and strange encounters made on the island by candlelight. Today Palmižana is a destination for those who love to be in unspoilt nature and get away from everyday stress.

What to see in Hvar

You are finally in Croatia, in beautiful Hvar and want to know what to see in this enchanting city. You should know that the island of Hvar in Croatia is located in Central Dalmatia and is the fourth largest. Here you will find very pleasant villages and beautiful beaches, as well as vineyards and extraordinary bays. The town of Hvar, in particular, on the island of the same name, is a mixture of landscape and history that deserve to be explored in depth. Among the things to see once you get to Hvar is the Franciscan Monastery which you can reach by walking along the coast of Hvar’s main square. Inside there are Greek-Roman and Venetian coins, an atlas of Ptolemy, various liturgical accessories, as well as paintings by Venetian painters such as Francesco Santacroce and Palma il Giovani and the magnificent painting of the Last Supper (2 x 8 m) that leaves anyone who visits it breathless. Inside the Convent of Hvar you can also admire a very old cypress tree, more than 300 years old. The monastery is open from 10 to 12 and from 17 to 19 in summer. The Medieval Castle of Hvar is another recommended stop: it is a wall that runs through the town offering a priceless view of the whole island. Another point of interest in Hvar is the Gothic-Renaissance Cathedral of St. Stephen, listed among the most beautiful buildings in Croatia. Not far from the Cathedral, you can visit the Arsenal, where the ships of the Venetian Republic were repaired and then the theatre of the city, which was built in the 17th century, probably the first popular theatre in the whole of Europe.

Are there any stops scheduled to visit the villages on foot?

Yes, during the tour there are several stops to visit some villages on foot.

How long is the boat tour to the Blue Lagoon of Croatia and 5 islands from Split and Brac?

The boat experience lasts around 10 hours.

On board there is the opportunity to use the restroom as well as public facilities in the villages.

Is lunch included in this tour?

No, lunch is not included on board. You will have a chance to eat in one of the Restaurants of the villages we visit.

5 islands and Blue Cave boat tour from Split or Brač