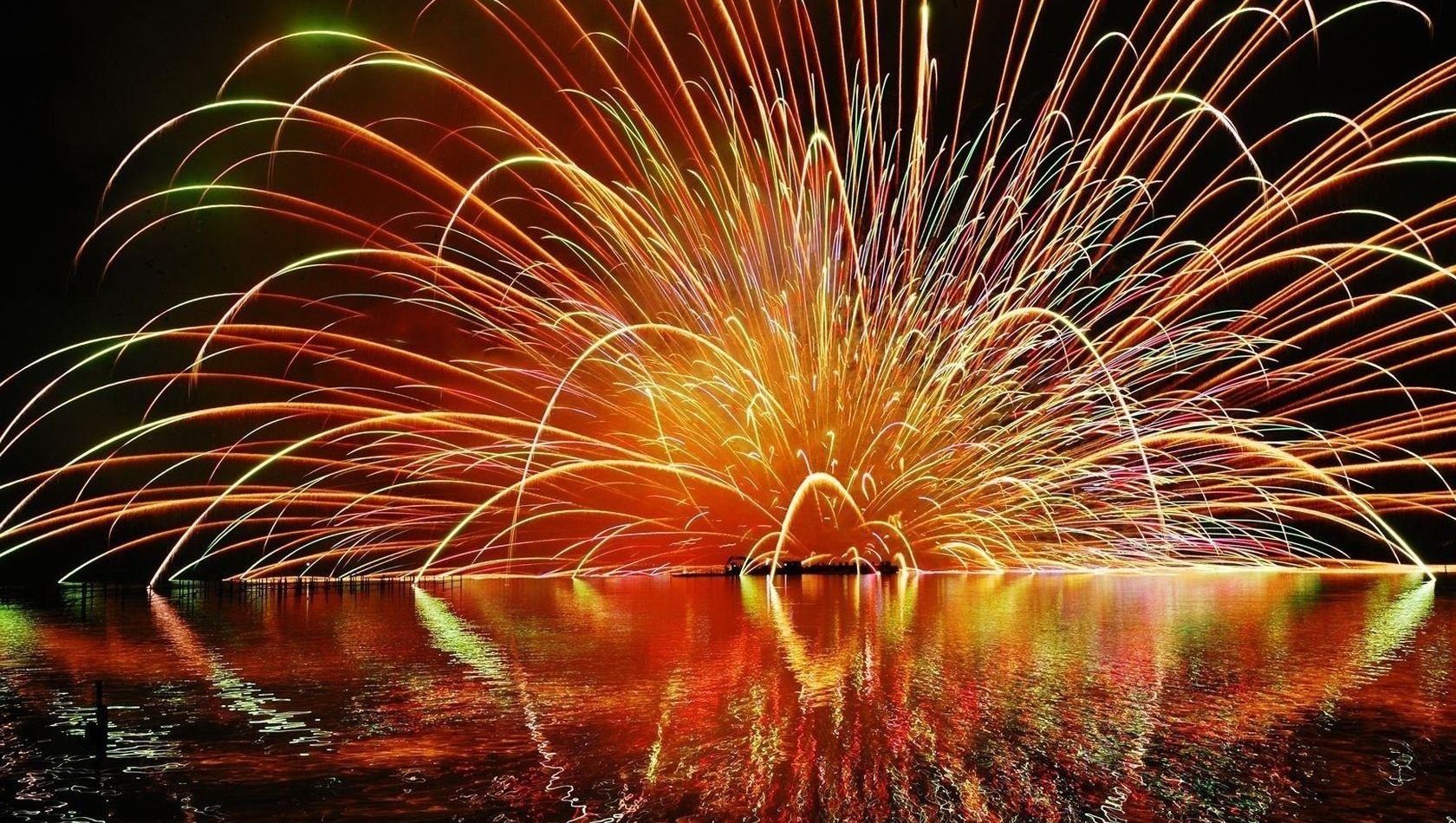 Once in a lifetime experience: admire the spectacle of fireworks from the sea and spend the 15th of August by boat in Positano. One of the most beautiful and romantic places in the world, even more beautiful with the magical fireworks display organized on the night of August 15. Book your boat tour in Positano and spend a magical night. 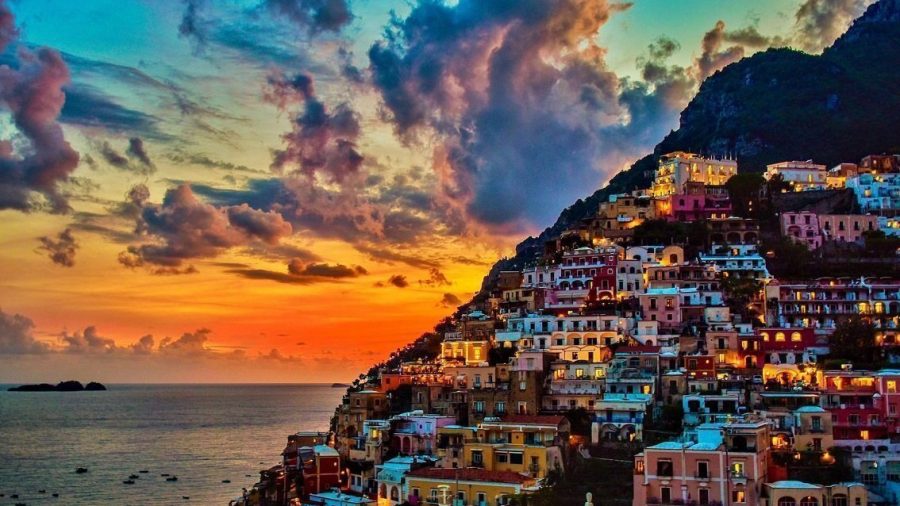 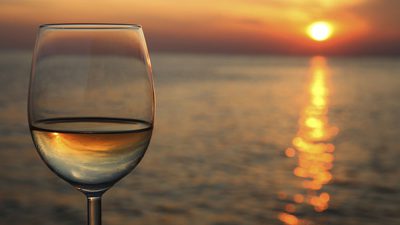 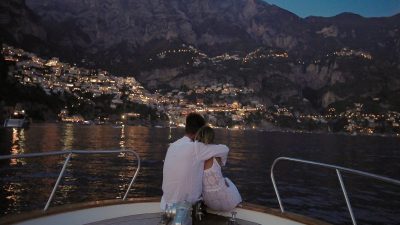 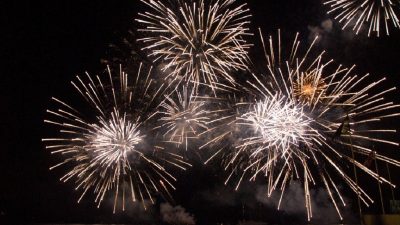 Spend the night out on one of our boat and enjoy an unforgettable evening. On the 15th of August, Positano honours the Madonna Assunta, the protector of the village: the village gets crowded and the celebrations start with typical popular dances and traditional dishes. And then the amazing show of the fireworks on the sea. You will be there to enjoy the show: sailing to Positano, with stops to swim and an happy hour at sunset, having dinner in a typical restaurant and then the fireworks display on the sea. An evocative and magical atmosphere which will leave you breathless.

Tour program of the boat trip with fireworks display in Positano:

Do not forget: Swimsuit – Beach towel – Camera – Jacket for the evening.

The Baths of Queen Giovanna

Sorrento has always been a sought-after destination for exclusive tourism. There is a particular place, which testifies how much the peninsula since antiquity was chosen as a holiday destination: the Baths of Queen Giovanna, a fascinating uncontaminated basin, worthy of a queen. It is a cliff located at the head of Sorrento, as well as one of the most important archaeological sites of the Sorrento peninsula. An enchanting place, where nature, sea and past blend together. The name, according to legend, is due to Queen Giovanna D'Angiò, sovereign of Naples. It is a real natural pool surrounded by the cliff. The water is emerald-coloured and a natural arch makes you see the open sea from which it remains protected. It is said that the Queen was vacationing in this area between 1371 and 1435 and that she took baths with her young lovers in this place because the natural shape of the basin surrounded by rocks kept her away from prying eyes. The Baths of Queen Giovanna are a treasure trove of history and host the remains of an ancient Roman villa, whose name was "Villa Pollio Felice", which stood right on the promontory of the head of Sorrento. Today, of this structure dating back to the 1st century BC and reachable both from land and sea, only the ruins remain.

The name Ieranto derives from the Greek “Ieros” or “sacred” : here near Punta Campanella stood the temple of the Goddess Athena and here Homer placed the Sirens who enchanted Ulysse. Today the sacred atmosphere is still breathed walking on waves of rock, in front of panoramic views that open into a sudden blue. The Bay of Ieranto is a strip of land that stretches from the fishing village of Nerano to almost churning out Capri. Ieranto is now owned by FAI, the national fund for the environment, which often organizes guided tours. Access to the area is always free.

Seen from above it looks like a dolphin, in reality Li Galli is a small archipelago formed by three islets that overlook between Capri and Positano. It is currently privately owned and can therefore only be visited by invitation, but the less fortunate can admire it from afar by boat. The archipelago consists of the Gallo Lungo (which is the largest island), the Rotonda and the Castelluccia. The whole area is part of the marine protected area of Punta Campanella. It is also known as the Sireneuse because according to legend it was once inhabited by mermaids, who enchanted the sailors in transit with their songs. Always according to mythology only two ships were able not to sink against the rocks: that of Ulysses whose story is told in the Odyssey of Homer and that of the Argonauts who saved themselves thanks to Orpheus. It is also said that the name Li Galli derives from the iconography of the sirens, that, in archaic greek art, are not half woman and half fish but rather half woman and half bird. The archipelago was discovered in the 1920s by Russian dancer and choreographer Massine. At that time Li Galli was covered by Roman ruins and was uninhabited and he made a villa there thanks to the architect Le Corbusier who also built a theatre. On his death, Li Galli was bought by a Russian dancer, Rudolf Nureyev, who had the dream of creating a dance school. His premature death prevented him to realize this dream and in 1988 the island remained uninhabited again. Now it is owned by an entrepreneur from Sorrento, who rents the residences on the island for private parties or receptions.

Positano, the place where like the mermaids hosted on the island of Li Galli, never ceases to seduce those who come here. Positano seen from the sea looks like a shell, streaked with different colours. From the green of the Lattari Mountains, which crown it, to the white pink and yellow of its Mediterranean houses, the silver grey of its pebble beaches and, finally, the blue of its sea. On the coast of Positano there were beautiful villas during the Roman period, as evidenced by some remains at the Church of the Assumption. When in 1260 it was sacked by the Pisans, it changed its town-planning to a defensive end, becoming similar to Amalfi with narrow streets, houses climbing on the rock fortifications and watchtowers. From every point of the village you can admire the multicoloured majolica dome of the Church of Santa Maria Assunta, which houses the icon of the Black Madonna dating back to the eighteenth century. Curiosity: the name of Positano comes from the legend. It is said that the painting of the Madonna was on board a ship, which, because of the good wind, could not in any way resume the sea. The sailors at one point heard a voice saying “pose,pose” or “stop there, in that place” and that was how they approached the shore. The people of Positano, who gave the name to the town from this event, took the picture and brought it to the Church of San Vito, patron Saint of Positano, which no longer exists since ‘600. They left it there but in the morning miraculously the painting disappeared and was found near the sea, on a “mortella” tree. Thinking of a miracle because the painting had arrived in that place alone, the people of Positano began at that point the construction of the new Church dedicated to Mary Assumed.

Do I have some free time to swim and snorkel?

Yes, you will have some free time to swim and snorkel during the boat tour before dinner.

Are drinks and snacks included in this tour?

Yes drinks onboard are included. You will be offered water, soft drinks as well as a beer or a glass of wine all accompanied by some snacks (chips, peanuts etc…)

Is dinner included in this tour?

Yes, dinner is included. You will be offered typical local dishes at a Restaurant of our choice.

Is there wifi onboard?

No unfortunately we are unable to provide wifi service onboard.

Onboard there is the opportunity to use the restroom as well as in the Restaurant during dinnertime.

How do I know which Restaurant to go to once I disembark?

The on board assistant will help you disembark and will show you to the Restaurant for dinner and back on board for the fireworks.

How do I find the driver who will take me back to the Hotel after the fireworks?

The on board assistant will help you disembark and will show you to your driver.

August 15 2020 Feast of the Assumption: boat tour with fireworks and dinner in Positano